Chicken or the egg?

You grind your teeth, clench your fist and reach for the nearest weapon.

Yes, someone just said on of those annoying quotes we all hate.

Whether because they have land in your bad books due to overuse diminishing their significance or worth, maybe you die a little inside when you hear people mis-use it or maybe you just can’t stand the god damn quote. Everyone has pet peeves, everyone, don’t lie, so let me share a few of mine with you. So like an overweight, unemployed nerd who lives in his mother’s basements and only comes out to buy Star Trek re-runs, let the bitching/ranting commence!

This quote just annoyed me, obviously it’s supposed to be comical, (Ahaha, the big man said never but didn’t he say not to say never beforehand so doesn’t th- See not appealing.) but  Hollywood has taken this quote and driven the hypothetical and imaginary stake into it’s heart. I have seen way too many bad movies where the climax arrives the protagonist overcomes their inner struggles and grows strong enough to face the external forces. Everyone leans forward in the cinemas. Excited. The camera zooms up. “Never say never.”

*Pop and just like that all tension leaves the room, the director ruined the one chance he had of imprinting a lasting memory of their memory, plot and character, instead they choose a cliché and lacklustre line. It also really didn’t help that Justin Bieber released a single/album/podcast/deodorant/underwear brand labelled that which shall not be named. (Take that you muggles!) 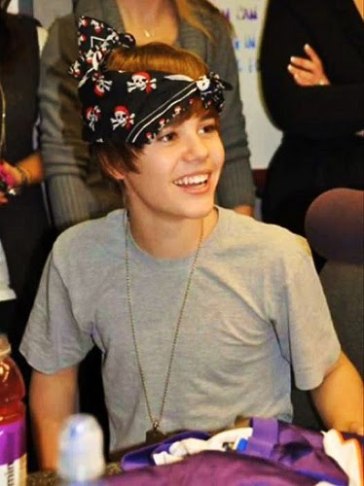 Well obviously no you didn’t, you just repeated the same mistake over and over and over again. Everyone recognise (Trying not to use “know”) a friend that shouts that phrase every time they receive constructive criticism, then they fuck up again and you need to correct them and for your efforts you get smacked with a “I know.” Then you grab an used needle and stab your friend in the eyeball and start injecting cocaine. I understand (Once again trying not to say I know…) that it’s just a reactionary response, maybe even a defensive mechanism protecting one from looking like they are not fully in control of the situation at every turn. But it’s also reactionary for me to punch/ inject cocaine into stupidity, is that acceptable? (Note don’t ring the police, I don’t have Cocaine call my lawyer for further talks.)

Need I say more? Drake will go back in history as that annoying little individual that introduce the most annoying statement ever. Not a quote but hey, I own this blog you’re just a visitor.

“Hey man, you need to run onto stage and bite the president’s penis. #SWAG”
“What? I can’t do that! I will get shot. #SWAG”
“YOLO.”
“You’re right broski! See you at my funeral!”

I am now going to lock myself in my room, drink only cat milk, watch pornography 24/7, create a Star Wars Facebook fan page, take notes of everything that happens outside my window and own 54 cats. I just need to get away from these fucking quotes.