It’s the first installment of Chingy’s 14Qs to start off the 2014 season where we ask the real questions, so gather your little children around the campfire, roast your mash mellows and proceed to share all your hair in ecstatic delight this is 14 Questions for 2014! 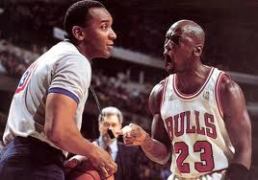 “Will Miami Heat 3-peat?”
Yes. I hate this and I’m probably going to be become an alcoholic in 2014. The Miami Heat are still the best team in the east despite the addition of Derrick Rose back to the Bulls (HELL YEAH!), despite the Nets acquiring Paul Pierce and Kevin Garnett and despite Indianna Pacers trying to desperately rip off a Bad Boys impersonation. The Heat have the biggest advantage in the whole league right now, LeBron James, who is experiencing his greatest stretch of basketball since Michael Jordan’s peak years of 1988-1993. There are two reasons and only two I have to doubt the Heat.

1. Dwyane Wade’s knees which have a ridiculously large amount of mileage and he can no longer consistently  perform like he did in 2009 where he was just an athletic freak of nature that was guardable on the fast break, and an unguardable slasher, someone who could will himself to get 10 free throws a game just by charging into the paint recklessly. Apart from losing the Zydrunas Ilgauskas award (Hardest name to spell in the NBA) to Nikoloz Tskitishvili of the Phoenix Suns, Wade has also lost a lot of the explosion in his knees. It seemed the sports world had a little bit of an orgasm after Wade produced one or two good games in the Eastern Conference Finals and one or two good games in the 2013 finals. Should we really be surprised that the fourth greatest shooting guard all of time is able to perform under pressure? Should we be surprised when 7 years ago he had one of the greatest finals performances of all time with O’Neal as his second in charge and the referees as his sixth man? (Sorry, too soon) A performance where he averaged 34.7 points, 7.8 rebounds (WHAT), 3.8 assists and had a crazy 33.8 PER? Probably not… Yet Wade’s game hasn’t evolved he has yet to get a consistent jumpshot and let’s not even start about his three point shooting. Wade also had a Gary Payton/Jason Kidd kind of post game he would switch too if he had little munchkins like Nate Robinson or Chris Paul guarding him, he definitely didn’t have that in the finals.

2. Mental fatigue. It’s my biggest issue, Wade’s a warrior he’ll come back he may no longer be the high flying death machine he was from 2006-2011 but he’s still a good player. Mental fatigue is the biggest killer on this team, it’s hard to still motivated after so much basketball, after the world criticises every action and word you say, after you go to 3 finals in a row and LeBron James played at the 2012 Olympics, that’s seriously a lot of ball. Will Norris Cole and Haslem be able to stay motivated? Especially since they’re already wearing two rings? Will LeBron James be able to consistently enter Boston game 6 where he ripped out the throats of his defenders? Do the Heat still care enough after winning 27 in a row and cementing themselves in the history books? Hmm…

“Which team is most likely going to have an all out brawl in practice.”
See I’m telling you, I’m asking the questions that really matter! Well I’m definitely going to throw the Sacramento Kings in at one number, they’ve been an absolute disgrace as a basketball team, why did I still have to ask the following questions in 2013, how come Tyreke Evans IS STILL shooting anything from 20 feet and beyond, why is Boogie still death stares the referees without running back to play defence, why does Michael Malone (coach) look like he wants to kill himself on most days. Legitimately any team that features Boogie, Isiash Thomas or Travis Outlaw deserves to make it to Chingys-All-NBA-Brawl-Team of 2014.

I have the Clippers finishing at second, there’s already beef between Chris Paul, Blake Griffin and DeAndre Jordan (Runner up for most ghetto first name with Marshon Brooks coming first) and it’s documented. Griffin dislikes how much sway Paul has, he dislikes he isn’t relied upon more to close and he dislikes how everyone thinks he’s a bitch around the league. Paul doesn’t trust Griffin to close, he doesn’t like it how Griffin and Jordan seem like they love dunking more than winning and Jordan is pissed off for some reason. Can’t you totally see CP3 flipping out at Jordan after he rubs him on the head like Pau Gasol? I can, sign me up for the Clippers-WWE-Match! Make it happen David Stern/ Adam Silver!

“Will the LeBron James win MVP”
Yes. LeBron James is a monster right now and he knows it, you know the scene in Terminator 2 where Arnold Schwarzenegger enters the bar, destroys everyone, steals the biker’s clothes, impresses every female with his long penis and rock the sunglasses like an absolute boss with Bad to the Bone playing in the background? That’s LeBron James, he’s Scarface after a mountain of Cocaine, he’s Michael Jackson after Thriller, he’s king of the world right now. Who else in HISTORY can defend the 1,2,3,4 and 5 like James? Pippen? Not strong or athletic enough (Read that statement again, Pippen not athletic enough? Dear Lord is James a cyborg?), Magic Johnson? He isn’t close to the on ball defender that James is…. Who else? No one. LeBron James is the first person in history to create the Power-Guard-Defend-Every-Player position. He’s the second greatest passing Small Forward behind Larry Legend, his on ball defence deserves mention in the league with Michael Jordan, Scottie Pippen and Michael Cooper. Athletically he’s up there with Chamberlain, MJ23 and prime O’Neal, he’s a gust of wind and we’re the leaves. He’s the best player in the world and only Jordan from 1991-1993, O’Neal (2000-2002), Larry Bird (1985-1987) and Hakeem Olajuwon (1993-1995) have submitted a matching three year crescendo of basketball dominance. Wilt’s statistics meant every little in the playoffs as he’s performance dipped and he often shrunk underneath the pressure, Elgin Baylor’s and Oscar Robertson’s greatness likewise produced nothing when it came to rings, Kobe Bryant’s 2006-2008 stretch had one finals appearance. Fun fact, if I had the second pick in the Greatest Basketball Draft of all time, I would pick LeBron James (2013) second. Who else can be your point guard, your defensive anchor, your lock down perimeter defender, can guard every position, can destroy you on fastbreaks and overpower you in the post and to top it off be athletically invincible? No one, that’s who. I respect greatness when I see it and LeBron James is great.

PART ONE OF 14 QUESTIONS.