GOOD LORD HAVE MERCY. Those four words accurately summed up my interpretations of episode 7 and 8 in season 2 of The Legend of Korra, Nickelodeon hit a complete home run the one hour long episode Avatar special. Not only were the episodes visually pleasing with the Asian inspired water colours and water colour landscapes, but the voice acting was superb. (Love to Steven Yuen and April Stewart.) Watching the two episodes was like having a one hour long sexual explosion within my brain, so intense that it has disabled various of my bodily functions like my ability to urinate.

Firstly let’s just give Nickelodeon a round of applause, I thought season 2 was getting boring, the characters didn’t intrigue me like Aang’s cast of lovable and unique personalities. The story line was unquestionable with quite a lot of large plot holes left unfulfilled, bending the four elements lacked their distinctive styles and all fights looked like UFC matches. But this episode really set the bar high for this season and thank the good lord we didn’t have to endure another episode of the creepy serial rapist; Eska. In fact I don’t think I’m living in the moment but this might be my favourite Avatar episode of all time, yes it sits in front of Aang defeating Ozai, yes it sits in front of the invasion of the black sun and maybe even in front of Sokka meeting Foo Foo Cuddly Poops. 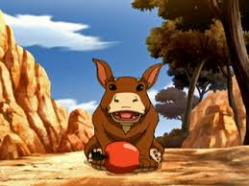